(Programme concluded and no longer supported by the Trafigura Foundation)

For those on a very low-income or for immigrants struggling to make a new life in a new country, Self-Financing Communities (SFCs) are a life-saver, especially for those who are usually excluded from ordinary financial systems.

By creating a web of trust and hope, based on monetary contributions from friends and family, SFCs have demonstrated that poorer people can be self-bankable. As these small loans are from and to members and families rather than banks or NGOs, everyone involved enjoys a greater sense of ownership: often they are both the customers and owners of the small business. In this way, SFCs are proving a powerful and cost-effective tool for community development and against poverty, ushering a new paradigm that really chimes with Trafigura Foundation’s commitment to social entrepreneurship.

In Spain, the SFC model has been spearheaded by Jean Claude Rodríguez-Ferrera, a member of the world’s largest social entrepreneurship network – Ashoka. In 2013, Jean Claude, who is from Spain, founded ACAF, the Association of Self‐Funded Communities. ACAF has received acclaim from around the world and attracted awards such as the Best Social Entrepreneur of the Year and Best Microfinance Practices in Europe. ACAF is now seeking to extend its reach beyond Spain, and the Trafigura Foundation is supporting it as it launches www.winkomun.org, a free online platform that provides anyone around the world access to the SFC methodology. The ultimate goal is to create a global network of SFCs and promoters, which helps those at the bottom climb to the top.

The Trafigura Foundation supported the creation of 23 SFCs, which have increased their common funds by more than USD 22,000 during 2016 and have rotated about USD 30,000 this year through around 140 loans given to their members. 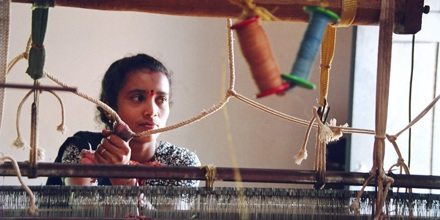