In the good old days, going to work was, like today, a necessity, but at least the monthly paycheck kept spirits moderately high. And the jobs, even if they weren’t for life, were largely for the long-term. Today, many Europeans, even those in employment, struggle to make ends meet, or they live in the shadow of uncertain, shaky contracts. This climate is threatening the very fabric of society as we know it.

A direct after-effect of the 2008 and 2010 crises, economic instability and financial precarity are hitting Europeans hard. Here Vincent Faber, Director of the Trafigura Foundation, explains how this ‘pauperisation’ of the continent is not just making us financially worse off, but is impoverishing the fabric of our societies. Happily, he also points to where solutions lie, thanks to the inspiring work of non-governmental organisations (NGOs) the Foundation partners with. 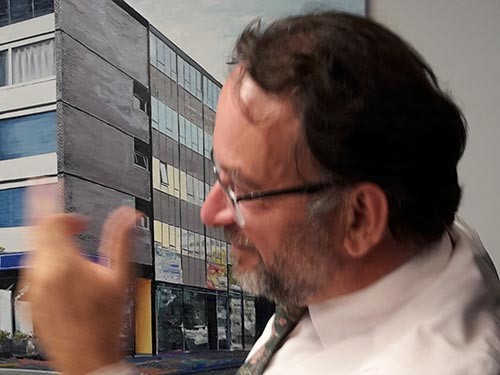 Trafigura Foundation Director, Vincent Faber, talks about growing inequalities in Europe…and how they can be mitigated

As we head towards the end of 2015, the economic outlook for Europe remains stark. Countries are burdened with debt, rising unemployment, tough austerity measures and waves of unpopular State cuts. As many of our social safety nets are reeled in, the result is an ever-widening gap between ‘haves’ and ‘have-nots’, and a growing number of middle-income households falling off the grid of ‘mainstream society’.

In previous decades, it was largely those at the very fringes of society that were hit hardest in times of financial hardship: the ‘de-facto vulnerable’, individuals with addictions, social issues, psycho-social problems or other unfortunate victims of life’s unlucky hand.

As Europe’s financial health ails, a mood of self-interest prevails, with businesses striving for a less burdensome payroll and less-binding employment contracts. According to Vincent Faber, the ‘social contract’ of work has changed: “Previously the offer of a job was in exchange for mutual loyalty and a degree of job security. The few that were made redundant could turn to the State for help. But no longer. Job contracts are increasingly temporary, and there are far fewer social benefits. People end up having nowhere to turn. We are all more vulnerable, and a larger tranche of society is now at risk... not to mention the long-term unemployed and young people, who barely get a job offer, and fare particularly badly.”

In recognition of this, the Trafigura Foundation is particularly focussed on solutions that create employment and support those on the fringes of society.

This stems from a belief in the transformative power of work and a wage, which, according to Vincent, is not only the key to a dignified life but can help temper the more serious social threats that this brings, as he remarks: “A decent, dignified job gives people hope. For young people, employment enables them to build a future and keeps them away from gangs and radical groups – considered the more extreme expressions of youth’s disillusionment with mainstream society.”

These are encouraging ideas, but where to find such promising opportunities? Vincent points to the not-for-profit sector, where innovation is flourishing, inspiring the Trafigura Foundation, and hopefully other donors, to fund some new models. 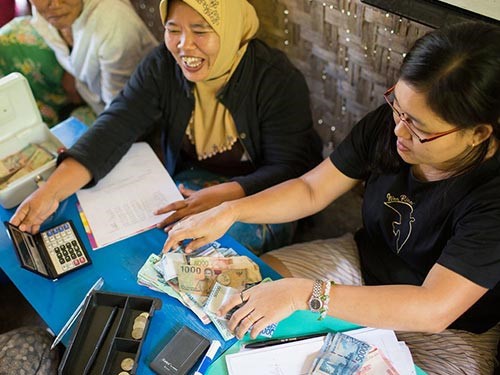 In Geneva, where the Foundation is headquartered, local organisation Bateau Genève specifically provides vital support and orientation to homeless people looking for a job, as well as the opportunity to develop vocational skills. For economic migrants, associations Camarada and CEFAM help migrant women identify skills so they can achieve financial stability in their new adopted country.

In France, our support for Adie, an organisation that matches solid business ideas with unemployed but entrepreneurial individuals, offers a lifeline for those determined to help themselves out of unemployment. Adie’s youth scheme, CréaJeunes caters to the 69% of French young people for whom starting their own business is vastly preferably to being a perpetual unemployment statistic.

The trust-based community investment schemes in Spain, pioneered by ACAF enable new business ventures to get off the ground, funded by friends and family. By modelling a solidarity- and cooperation-based ‘cellular’ system of financing for non-bankable individuals, this fresh new mode of pooling resources could be an inspiration for addressing other social issues. 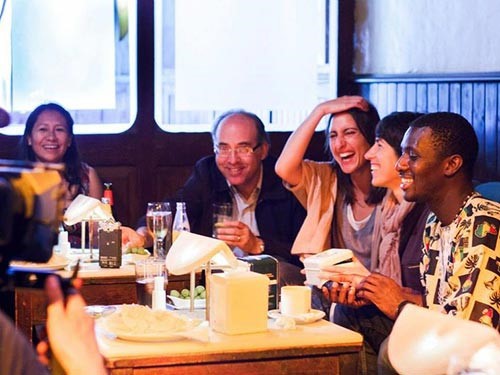 Trust-based community investment schemes in Spain enable new business ventures to get off the ground, funded by friends and family

Looking ahead to the future of the region, Vincent remains realistic yet positive: “The not-for-profit sector is where innovation is being played out, but the State must be a major player in bringing new ideas to scale. NGOs are proving their agility and dynamism in proactively tackling the hardest-hit, and may very well point the way to sustainable mainstream solutions.”